On March 6th 1836 the Mexican Army of Santa Ana attacked the Alamo before dawn. During the attack all 188 men of the Alamo garrison perished. Santa Anna asked to see the corpses of Bowie, Travis, and Crockett; the Mayor of Bexar, Francisco Ruiz, identified the bodies. 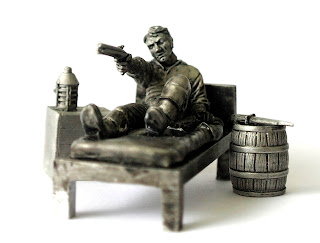 Colonel Jim Bowie was found lying dead on his cot as he had been too ill, probably from advanced tuberculosis, to take part in the final battle. He had been shot several times in the head.

During his lifetime he had been described by his old friend Caiaphas K. Ham as "a clever, polite gentleman...attentive to the ladies on all occasions...a true, constant, and generous friend...a foe no one dared to undervalue and many feared." 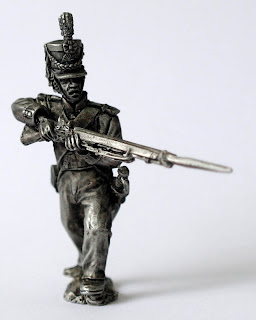 There can be no more fitting an epitaph for Bowie than the words of his mother. When she was told of her sons death during the defense of the Alamo she calmly stated, "I'll wager no wounds were found in his back”. So it was in death Bowie, the slave trader, gambler, land speculator, idealist, and hero,  became immortal entering forever the annals of Texas history and American Folklore. 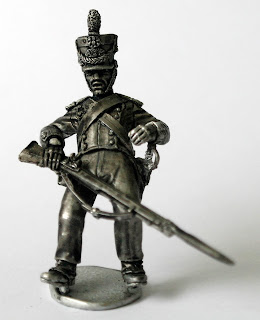 This stunning 40mm Vignette of Bowies famous last stand  is available now from our secure online store www.Gringo40s.com for just £19.95 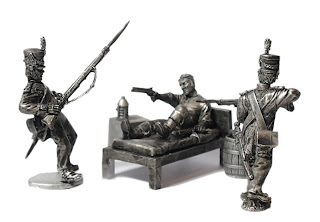